How a Torbay couple found love in lockdown

Companionship through the coronavirus crisis led to love blossoming for a couple who had sworn off romance.

Sylvia Harrison nursed her second husband Don for more than 10 years before he died and moved to Brixham three years ago to be nearer her daughter. Meeting someone special was the last thing on her mind.

Graham White, who lived in Preston for 32 years before moving to the south-west, was equally adamant that after three marriages he was not looking for love.

A mutual love of music

Sylvia and Graham met through social events run by National Lottery funded Ageing Well Torbay, and although they kept being thrown together through their mutual love of music and dancing – jive in particular - their friendship was just that, a friendship.

They first met at a meet and mingle at Brixham Rugby Club, organised by Ageing Well Torbay Community Builder, Rosemary Clarke and while they exchanged pleasantries, there were no fireworks.

Nonetheless, they began to meet up regularly for coffee after Graham, a former holiday rep and holiday camp photographer, dropped a card through Sylvia’s door asking to see her again.

Graham, with his white hair pulled back in a ponytail, cuts a memorable figure dressed as he often is, in a full-length black leather coat and fingers adorned with silver rings. Although Sylvia spotted him (she describes him as quirky), her head was not turned.

“I was very clear that I did not want a relationship,” says Sylvia, a former nurse, before laughing and saying “I didn’t want some old chap in his 80s! Don was the love of my life, and I was happy with that”.

It was the same for Graham, who at 85 was happy keeping busy attending Ageing Well Torbay events, alongside meetings with the local Freemasons.

“I was quite happy. I know a good few people and have enough friends. I wasn’t looking,” Graham says.

But as the reality of lockdown loomed, they both realised they didn’t want to face it alone and instead agreed to spend it separately but together, at first flitting between each other’s houses without ever seeing anyone else.

The times apart became fewer and both realised that things were changing or as Sylvia puts it: “I realised I was ready to bring someone else fully into my life.”

Looking back on lockdown, Sylvia, says: “As Charles Dickens said, and it’s particularly relevant to us, ‘it was the best of times, it was the worst of times’. We have loved it.”

The rest, as they say, is history and during the second week of July, as they started to go out and about, they celebrated by getting engaged.

They look forward to being able to get on the road, visiting friends and family and no doubt listening to Willie Nelson, one of the musicians who helped bring them together.

Ageing Well Torbay is a six-year project, funded by The National Lottery Community Fund, which aims to reconnect communities and reduce social isolation experienced by people aged 50+ living across Torbay. 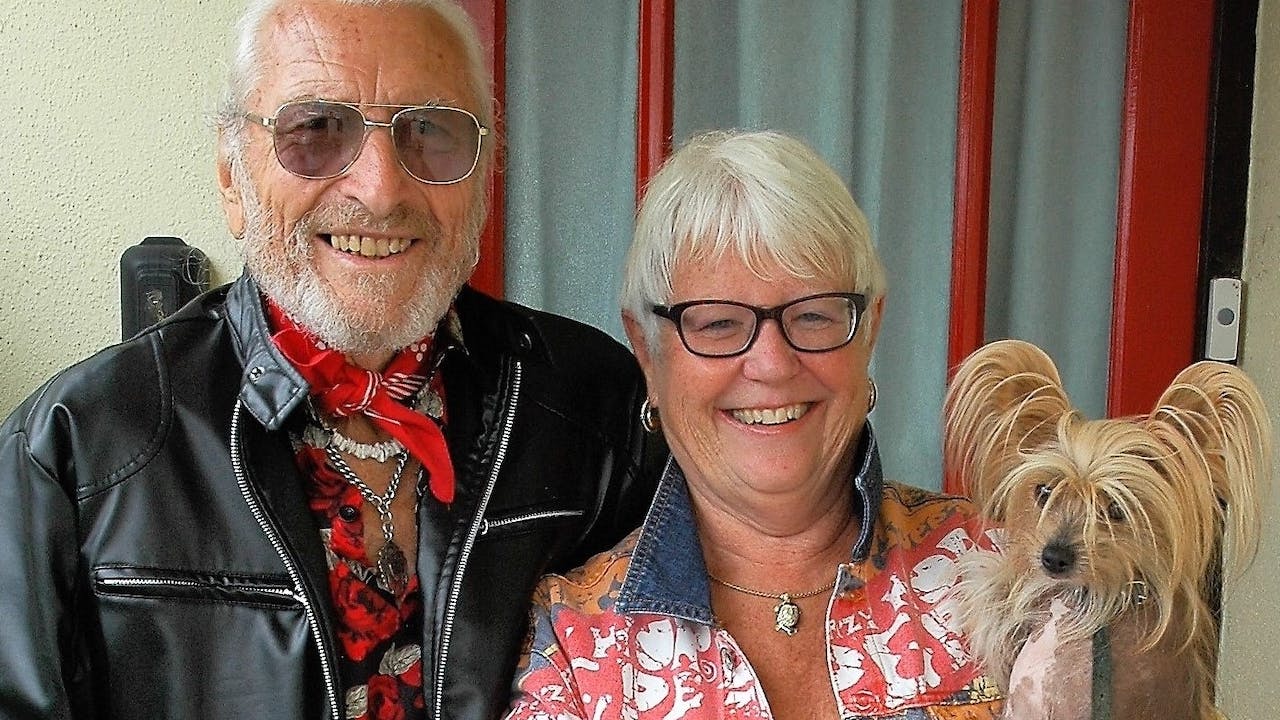