Tackling violence against women and girls

Violence against women and girls is a complex and widespread issue. In fact, 20% of women in the UK will experience some kind of sexual assault during their lifetime, equivalent to 3.4 million victims.[1]

Recently, the Home Secretary published the much-anticipated Tackling Violence Against Women and Girls Strategy for England and Wales. The Strategy aims to increase support for victims and survivors by ensuring they have access to appropriate support, while increasing the number of crimes reported and perpetrators prosecuted.

At The National Lottery Community Fund, we have been working both with our grantholders and in partnership with Tavistock Institute of Human Relations (TIHR) n partnership with DMSS Research (DMSS) and the Child and Woman Abuse Studies Unit (CWASU) to address the issue of violence against women and girls for some time.

From 2016 to 2021, we helped to support the Women and Girls Initiative (WGI), investing £44.7 million in order to enable a stronger women and girls sector. Between 2016 and 2021, project funding was awarded to 62 women and girls’ organisations across England and, more recently, supported some of those most impacted by the pandemic. These include those who’ve experienced violence and abuse, been trafficked, or exploited, are homeless or have mental health issues.

Our funding has also helped to establish Women’s Centres led by and for specific communities of women such as ethnic minorities, LGBTQ+ people, women with a disability or survivors of violence.

Rape Crisis England and Wales’s ‘Weaving the Web’ project was designed to extend and improve access to specialist sexual violence support services for women and girls. In 2017, the project worked with 766 women, girls and specialist partners to increase provision of holistic, person-centred approaches for women and girls at risk and survivors of sexual violence. The project created a national web platform that aimed to provide new online services and improve online access to existing ones.

Savera UK is a charity that works to tackle culturally specific abuse in the UK such as forced marriage and FGM while also supporting survivors of ‘honour-based’ abuse and harmful practices. The organisation provides emotional and practical support, while helping survivors to gain economic independence and move forward into their future with confidence.

Organisations like Savera UK also offer support that is not time-limited and service users said that they felt like they could contact Savera for ongoing help and advice, in contrast to more limited support that is available from other services.

One service user said: “I do (feel safer) because social workers are not there constantly. With Savera, it isn’t that. They will support me as long as I need them… I don’t have to tell one person everything, then tell again to another person. They are just a phone call away.”

However, while many projects have had success in service delivery, others have encountered challenges, particularly around high demand and bigger waiting lists. In addition, work in services and support can be emotionally and operationally demanding for staff often leading to burnout and high staff turnover.

How can we tackle violence against women in a post-pandemic world?
The new Tackling Violence Against Women and Girls Strategy has been published in the midst of the coronavirus pandemic, which has had a profound effect not only on how support services and information are delivered, but on the issues facing women and girls. As the pandemic took hold in the UK, many vital support services reduced or closed face-to-face support at a time where the number of people seeking support was increasing. The Strategy acknowledges that victims of gendered violence are concerned about the availability of support with 77% stating they did not think enough specific support was available.

We know from our WGI grantholders that cases of domestic abuse have increased during the pandemic. The charity Refuge reported a 60% increase on the average number of monthly calls and messages to its National Domestic Abuse helpline.[1]

Our grantholders have been working hard to address the issue of domestic abuse and the impact the pandemic has had on victims. Through the Coronavirus Crisis Support Fund (CCSF), we awarded £13,497,085 to 278 projects working to support those who have experienced abuse in order to enable them to adapt their delivery to move to remote working and deal with increased demand.

It can be difficult for women experiencing domestic abuse to contact services and lockdown conditions have made this even more challenging for some. Our grantholders have helped women to access support safely. Support moved online or to telephone services which allowed organisations to keep in touch and support victims.

Reflections moving forward
The publication of the Strategy, and implementation of its recommendations, is very welcome. It will take the work of vital organisations like WGI grantholders to tackle the issue of systemic gender-based violence and create a safer world for women and girls. Our grantholders have a wealth of insights and learnings which have been accumulated over many years of community-based work. If you would like to learn more about the projects we’ve supported or some of the insights we’ve accumulated, you can head over to the Tavistock Institute’s website

Diving into the Women and Girls Initiative

Responding to and learning from changes during Covid-19

[3] Coronavirus: Domestic abuse an ‘epidemic beneath a pandemic’. BBC News 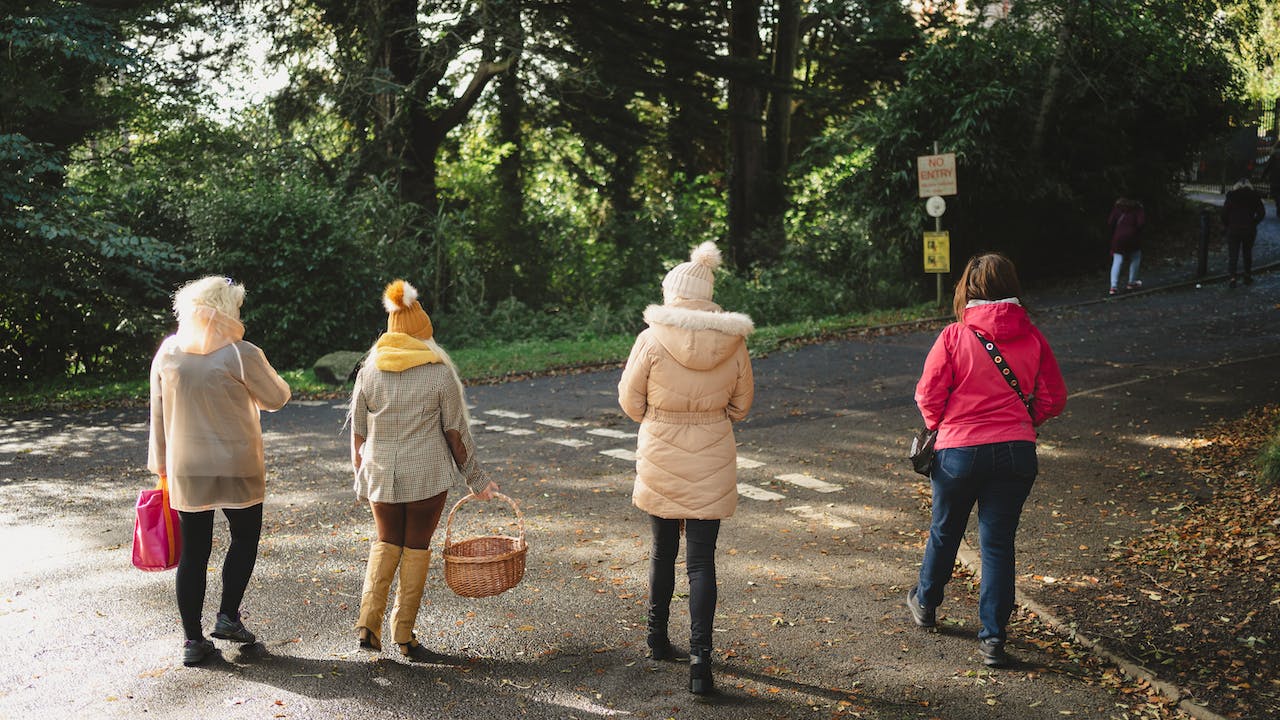