How a half day at work can lead to a new charity and 40 tons of surplus food feeding over 4,000 people per month is anyone’s guess, but for Dom Warren, 35, from Hastings, that’s exactly where a morning off and the chance to take his two children to school led him.

“My wife Alexandria and I are dropping the children off at school and I noticed that some of the children had dirty faces - they looked like they were struggling a bit,” said Dom.

“I didn’t understand what I was seeing. Alexandria explained that some of them may not have had breakfast and, as they had to pay to attend the breakfast club, they’d go without a morning meal.”

This was all news to Dom. The thought of children going hungry every day left him wondering how he could feed them and in May 2015, the idea of Dom’s Food Mission was born.

Dom set up a Facebook group explaining that he’d be in Tesco’s car park in Hastings on Saturday morning collecting surplus food to feed hungry children. That day, he collected food to take to a foodbank – enough for 160 people. Following that success, the food collection became a weekly occurrence.

He was invited in for a meeting and left with an agreement that the store would supply him with surplus food, daily, for as long as he ran Dom’s Food Mission. That daily food supply led Dom to a team of sponsors and he was able to recruit volunteers to help with collections and distribution.

Dom’s employer, UK Power Network, also donated a van to the Mission in appreciation of the work he was doing for the community.

And, as if working full time and creating the Mission wasn’t enough, Dom started a project called A Helping Hand, where he’d take surplus food into schools to teach children about food preparation and food waste.

In October 2019, Dom received the news that he’d been awarded over £200,000 in funding. This allowed him to leave his job as an Extra High Voltage (EVH) fitter with UK Power Networks, to go full time with the Mission.

“I worked as a fitter for five years and it was the job I’d always wanted, but when I created Dom’s Food Mission I thought ‘wouldn’t it be great do this full-time’ and here I am, a CEO - all from something I drew up on a notepad,” says Dom.

The Mission feeds thousands of people every month and stops tons of surplus food from going to waste. Meanwhile, A Helping Hand now teaches over 1,000 children every month in Hastings’ schools.

During the COVID-19 pandemic, the charity has become a community lifeline in Hastings. Despite dropping down to a skeleton team, they’ve already carried out over 600 food drops to vulnerable people.

It’s no wonder then that the Mission and A Helping Hand have won 10 awards, including the Guild of Food Writers Inspiration Award, and received an acknowledgement from The Pride of Britain

“I get calls from families saying we wouldn’t have eaten if it wasn’t for you,” says Dom. “My grandad, said to me once ‘how did they eat before you came along? You’re only a boy’.

“That Alexandria and I were able to take the Mission full time with National Lottery support and help so many people makes me feel really proud.” 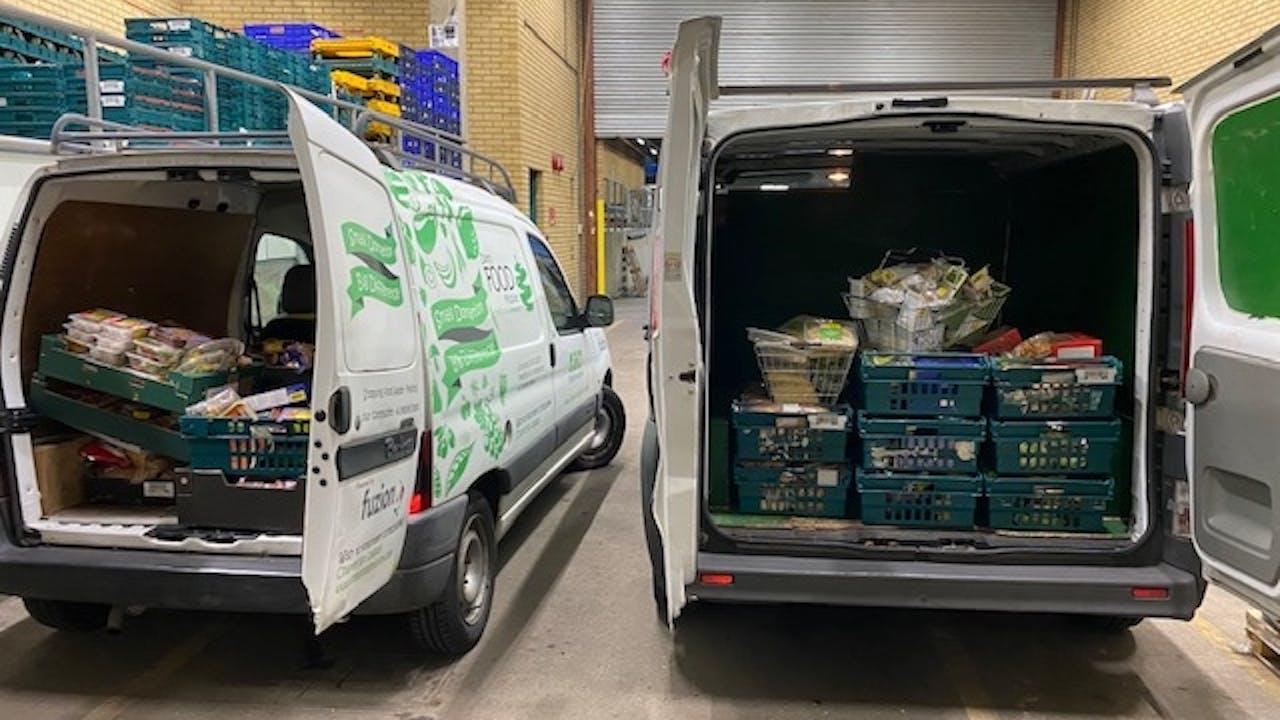