Luke Maynard, Policy Manager at The National Lottery Community Fund reports on learning from a recent key conveners’ session on digital shifts, where Parkinson’s UK, We are With You and our own Digital Fund team talked about the digital changes that have been greatly accelerated by the COVID-19 pandemic.

We know that over the last three months many charities, public services and companies have gone and are still going through a massive acceleration of digital shifts that in other times might have taken years.

Many of us are having to learn what it means to work remotely and to use digital in new ways to connect with friends, colleagues and those groups our organisations help and support, as described recently by our colleague Matthew Green to Civil Society. This has taken huge effort from organisations, large and small, and has both highlighted the power of these new ways of working and the new challenges that it has brought.

That’s why ‘COVID-19 and Rapid Digital Shifts’ was the discussion topic for the first of our online Policy Breakfasts, a series of events looking at what is impacting the charity and community sector during the COVID-19 pandemic and chaired by the Fund’s Cassie Robinson, our Senior Head for the UK Portfolio.

We had an amazing 76 people log in to share their own experiences and hear from Cassie and our panel, which including Laura Bunt from the charity We are With You, who offer support and advice to people with a wide range of needs, and Julie Dodd from Parkinson’s UK, both of whom are Digital Fund grant holders. Also presenting was Phoebe Tickell who leads learning and insight on our Digital Fund team.

We want to share some of the key areas covered – the unexpected positives we are finding from the rapid digital shifts we have all been forced to make, the problems it has caused or existing problems it has uncovered, and the new forms of disadvantage that these changes have created and exacerbated. We also want to take this opportunity to, as promised, answer the questions we ran out of time to cover at the event itself.

While moving online almost overnight is a huge task for any organisation, we heard about some of the positive things that have come about.

As Laura from Scottish charity We are With You shared, while her team have had to be creative with how they provide support, they have been able to continue to help almost all their previous beneficiaries, as well as a host of new faces.

There has also already been an important mental shift in how staff have started to work remotely, establishing the best ways to continue and even, in some cases, expand on the type of support they could offer when more traditional options were still available.

Julie described a rapid culture shift in the Parkinson’s UK team. Advisers who had struggled to believe that they could help people with any interaction that wasn’t in person, learned that they could and in fact were able to help even more people.

No one is suggesting that digital support will replace all the traditional, face to face help currently impossible to access due to COVID-19. However, for both organisations, the long-term hope is that this has shown what we can do and that we will, in future, be able to balance face-to-face and digital support.

One of the major advantages is that these new ways of working mean that organisations such as We are With You can connect with people outside of normal hours, without travel as a necessity and without the constraints of limited meeting space, for example. This means more people can be helped at times that suit them and are not dependent on the availability of meeting spaces or the ability to travel to a physical space.

Digital adaptation has also helped reach new audiences who have not accessed services before. The team at We are With You are now regularly in contact with people who had previously not engaged. Certainly, for some it seems that digital reduces barriers that people must overcome to be willing to access services.

It has also fuelled innovation and made digital platforms more effective in a short period of time. For example, at Parkinson’s UK, Julie described how it became clear quickly that people were having trouble navigating their website. The urgent need meant new approaches were taken and the website was changed within a week.

Another huge and positive change has been an increase in organisational agility. Laura described how powerful it has been to see organisations not know the answers and therefore have to adapt, ask for feedback, communicate and listen to service providers.

In the public market dynamic, where service users are not the ones paying for services, this has especially shown how important it is to include people that use the services in design and development – this really is an example of how these changes have people in the lead.

What are the negatives?

For all the positives we have seen from creative use of digital, for many people, nothing compares to helping people face to face - talking to them, comforting them and really connecting with them.

However, it is clear an opportunity exists for all the positives we have found from these digital shifts to be kept, and used, in combination with the traditional in-person model to make the most effective support package.

Several other issues have become clear over the last few months as well, many of which were shared by our panel and the event attendees.

Services have been stretched, some almost doubling within the first week of lockdown. Most of these have been moved to a digital platform and this has meant many organisations have not been able to cope with increased web traffic.

The nature of contact from service users has also been changing over the course of the lockdown and not always for the better.

More people are using the resources available, which is good, but not all are then talking to volunteers or staff, which may mean they are not getting the help they need.

Also, for many people who lack digital confidence and access, the interaction time they have had with staff has morphed into a digital coaching role, meaning they have less time to talk about what is affecting them.

There are also big questions around the online/offline funding model. When organisations are ordinarily paid based on local authority boundaries, how should a national online service be funded? These questions need to be addressed and organisations need to know how they can still be supported in this new way of working.

However, the acute and urgent issue that has been raised and that needs to be addressed is the increasing problem of the new digital divide that is being created.

This divide is exacerbating inequality in these socially distanced times between those who have access to and the confidence to use digital technology and those who can or do not. This is something made more difficult with the current closure of publicly available computers such as in schools, libraries and community centres.

This is a new inequality and means that groups of people are once again being left out of the support that is available.

This form of digital exclusion risks a new poverty gap between those who have access to phones and tech and those who do not. This could mean that children are unable to take part in online learning, which will impact them for life, or that people with acute mental and physical health needs are forced to go without the support they need to help them cope.

Potentially, it is seeing the most vulnerable and disadvantaged people in society falling through the cracks simply because they cannot afford or do not have the access or ability to connect to the help they need through digital devices.

Organisations are doing what they can, for example buying and providing people with phones and other means of accessing technology, but this is not the long-term answer and as a sector we need to be thinking of how to address this.

What is clear is that COVID-19 has been the biggest catalyst for digital change we have ever seen. Organisations are moving into a more integrated way of working during the pandemic. They are becoming more agile and the sector has moved quickly to provide new forms of support and new resources.

This feels like a big moment of change for all of us and gives a real opportunity for the sector to seize these advantages and to create new models of support.

However, it has also raised a new series of problems and, most worryingly, has highlighted a new and very real form of inequality that we need to work together to overcome.

Unforeseen events have kick-started the rapid digitalisation of the sector and huge opportunity sits before us, now it is up to us to seize it and to make sure we do so while bringing the most vulnerable and disadvantaged with us.

For the next of our Policy online breakfast events, including a session specifically focused on the digitally left behind, please visit our COVID-19 Events page. 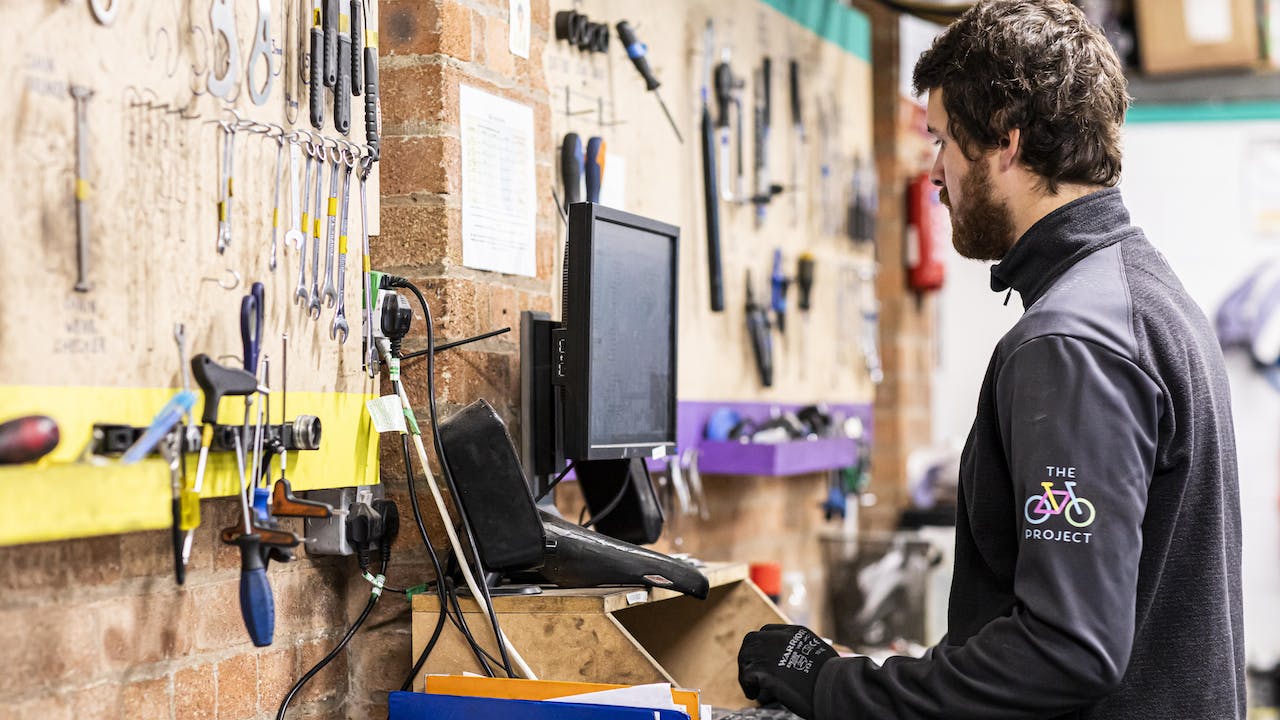