Our funding during COVID-19

I’m for worldwide youth action on climate change: our #TimeIsNow 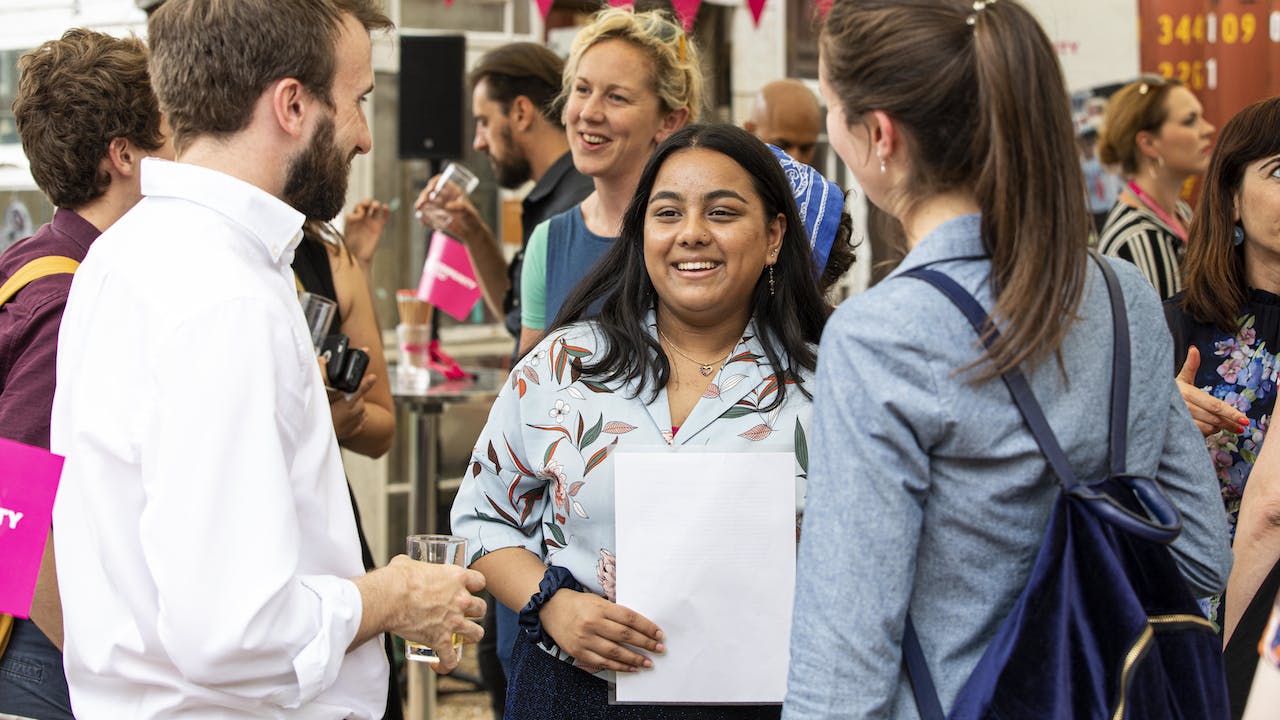 Climate activist and Our Bright Future Youth Forum Member Ummi Hoque recently helped us launch our new Climate Action Fund where she explained to guests from voluntary, private and public organisations why ‘this is only the beginning’ of our climate fight. Below, she talks about why she’s using her voice and taking action with her peers to save our planet.

I’m 18 and, preferably, would like to have a safe, healthy planet to live on in the coming years, but, in case you didn’t know, we’re facing a crisis. A climate crisis. And this isn’t a future problem - we’re in a climate emergency now.

The Amazon – the lungs of our planet that produces more than 20% of the world’s oxygen - rain forest is literally on flames.

I first became aware of this calamity called climate change when I was 14; I came across a YouTube video (typical millennial) depicting, first-hand, the loss of glaciers in Greenland. While, my generation is the first to grow up learning about climate change, the same time, we’ll be the last generation that can combat the crisis.

The future is bright

I studied Geography for my GCSE and A Level, but for much of secondary school, my worry for the climate was internal. I wasn’t aware of what I could do to help or of the opportunities in my community to fight for climate justice; that is, until I went to college.

One of the many partnerships funded by The National Lottery Community Fund is Our Bright Future. This ambitious £33 million programme, led by The Wildlife Trusts, brings together the youth and environmental sectors. It's formed of 31 projects across the UK, each empowering young people aged 11-24 to gain vital skills, experience and improve their wellbeing, while acting as catalysts for environmental change in their local community. They can do this through actions such as conservation, campaigning, leadership, influencing, developing sustainable enterprises and vocational training.

Once I started college, a project called My World My Home, one of the 31 Our Bright Future projects, served as an incredible platform to find other young people that shared the same concern for our climate.

This environmental leadership programme, run by Friends of the Earth and the National Union of Students, is where I started my journey of activism.

Our Bright Future, has engaged 85,788 young people, exceeding its overall target of 60,000 young people participating in environmental activities. It has motivated me and thousands of other young people to continue to take positive steps towards influencing policy and practice to save our planet.

Prior to being part of Our Bright Future, I didn’t think my voice was that impactful or that anyone was interested in listening. Growing up, one of the ‘social barriers’ instilled in me was that it was unlikely that my words or actions would make a difference. A young, Asian, Muslim female from East London? What’s she got to offer?

That was the mind-set I had, but that has completely changed since I gave a speech at the House of Commons. As part of the #TimeIsNow mass event, I told politicians the time is now to end our contribution to climate change and restore our natural environment.

That day marked the realisation of my own individual power as a climate activist – the power of my voice.

If I could get the attention of a group of MPs, CEOs of major organisations, doctors and high-profile figures in the Churchill room, and have them listen to my story and concerned words about our changing climate, then that was an achievement.

When I looked up from the microphone and could count on one hand the amount of people in that room that shared my darker skin tone or were a similar age to me, in that moment it didn’t matter because I had them captivated with my voice and the power of my words (including one or two jokes).

Through Our Bright Future, young people, like me, have gained a range of knowledge and new skills specific to environmental topics, as well as more general soft and transferable skills. Close to 4,000 environmental qualifications or awards have been gained by young people, 80% of which have been accredited.

As a collaborative creation of young people, we’re working to achieve three asks. We want more time spent learning in and about the natural environment, more support to get environmental jobs and space created for young people to be heard and play an active role in society.

We put those asks to 50 MPs at a parliamentary event, co-designed by young people, to let them know, face-to-face, our demands to better our environment and to give power to the youth too.

Ultimately, without National Lottery players and The National Lottery Community Fund none of this would be possible. I believe, the organisation’s new Climate Action Fund will function as a catalyst for young people to make a lasting impact in our communities. It will prioritise and lead the way in youth engagement on climate action, and this is vital as it is the future of young people on the line.

Given the technology young people have at their fingertips, and with social movements such as the UK Student Climate Network and Extinction Rebellion giving us strength in numbers, being part of a worldwide movement on climate action is more accessible than ever before. And I firmly believe the #TimeIsNow.