From ‘Aspiring’ IT award winner to… singing sensation? It’s never too late

Watching Sarah Palmer on stage at a glitzy ceremony collecting her Learning in the Digital Age Award, you’d never believe that just 18 months ago, the 87 year old had never used a computer.

Her award from Durham County Council is testament to her new-found digital skills - she regularly emails, happily shops online and is determined to embrace the modern world.

“To begin with I couldn’t even switch it on. I was terrified, but I soon caught up,” Sarah says.

A nanny, a nurse, a voluntary worker, a taxi driver – you name it, Sarah’s done it.

“I’ve always worked, always helped people, I did 20 odd years of voluntary work, I’ve done all sorts of stuff and I loved it,” she says.

“I’ve always been a person that wanted to help people, but, when I needed help, I didn’t get it.”

Sarah was married to her beloved George at 21, then just two years later a tragic accident left him a paraplegic. By 34 she was a widow and later made the brave decision to head off to Australia to start a new life, which, thanks to the closure of the Sues Canal, meant six weeks on a ship.

Back from the brink

In her 70s, with deteriorating health and no support system, Sarah returned to the UK and became very lonely and isolated.

“I was close to giving up and in the blackest hole,” she says.

But a nurse told her about Aspire – a small not for profit organisation, in Chester-le-Street, near Durham that provides wellbeing, support and learning opportunities for vulnerable women.

“When I first came to Aspire, I was a wreck, I’d absolutely given up. Then when I started going to classes, mixing with different age groups and doing something positive, it made a big difference,” says Sarah

All of this was made possible when Aspire was awarded £500,000 National Lottery funding to address mental health and social isolation issues.

Through peer mentoring, befriending, advocacy and support groups, Aspire provides a lifeline to vulnerable women in the North East.

Sarah now visits Aspire four days a week. Not one for crafts or flower arranging, she dived straight in to courses in IT, Maths, Sociology and Evolution.

She’s determined to keep her brain active and her ‘can do’ attitude is testament to her strength of character and the support she receives at Aspire.

With her renewed confidence and vigour for life, Sarah branched out to Aspire’s mature friends’ group for ladies over 50. There, she met Pauline.

“I was in such a state, I was going to advertise for a companion. Then I met Pauline at Aspire and to me it was amazing. We go all over together and she’s such a lovely person. It’s the best thing that’s happened to me.

“We go on trips to the cinema and the Quayside. I’ve never had a friendship like this for a long, long time. Meeting her has made such a difference.”

So, what’s next for Sarah?

“Anything and everything, I’ve been told that I should write a book about my life,” she says, adding, “I’d quite like to sing. I remember when I was a little girl my Mum used to shout Sally (that’s what she called me) sing!”

As Sarah’s shown, with the right support and determination, you never know what you can still do and it’s never too late to learn - so don’t be surprised if she pops up on next year’s Xfactor.

Our paper Bringing people together: how community action can tackle loneliness and social isolationreveals that building a sense of belonging, forging positive connections and networks, through groups like Aspire, can tackle social isolation in our communities.

And, thanks to National Lottery players, support groups like Sarah’s across the UK can apply for funding from The National Lottery Community Fund to run community projects that bring people together and improve lives. 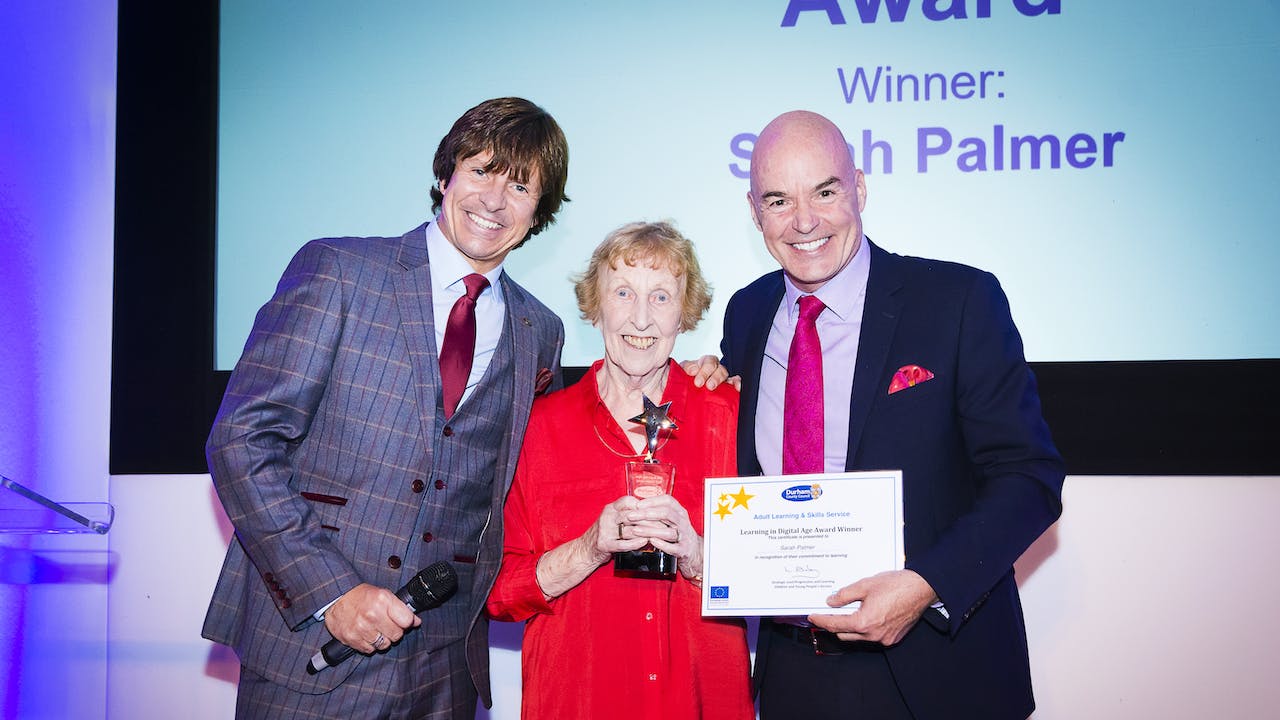