Read the latest updates on our COVID-19 page 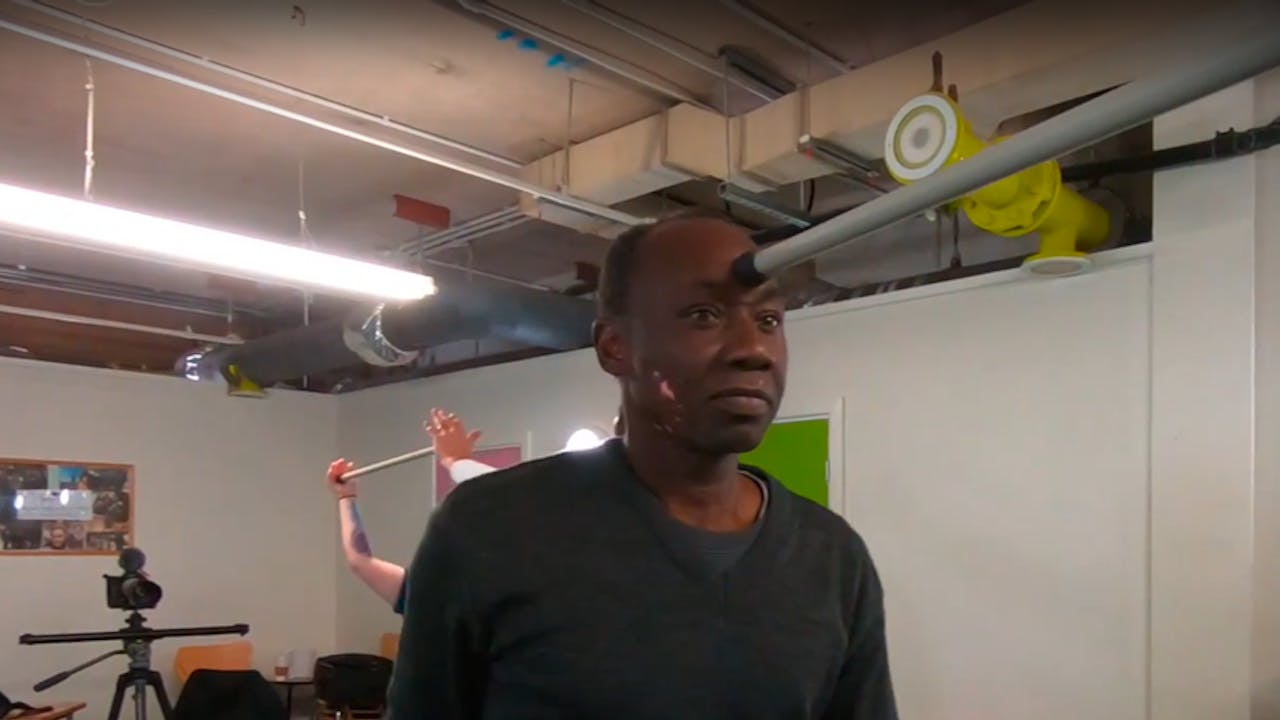 “They wouldn’t open the door to me, so I walked back into town to try and find somewhere to keep warm. I could see people inside their houses settling down in the warm in front of their TVs and I would’ve given anything to be inside.”

That’s what it was like for Omar, who was living on the streets through what was dubbed the ‘big freeze’ in 2010: the coldest January in over 30 years brought traffic to a standstill with persistent snowfalls, snowboarders to the Brecon Beacons and kept temperatures so low that the River Taff near Cardiff city centre froze over.

Omar is conquering a drug addiction and putting some money aside to help with the most important relationship in his life, the one he has with his children, who he doesn’t see now.

“I haven’t been a good father, but I’m hoping to change that. My son loves football and I am sending some money for his kit,” he says.

One of the most striking things about Omar’s story is the emphasis he places on relationships during his time on the streets.

“When you live on the street, you really crave to belong... to be loved. It makes you so vulnerable to people who give you fake love, like drug dealers,” he explains.

“I used to stand together with two good friends, huddled against the cold like penguins do to keep warm. They died from drug overdoses on the streets that Winter. Now, I’ve got my own peaceful flat and a big TV.”

Omar credits the turnaround in his life to the different organisations that have worked with him.

His flat is supported accommodation provided by The Wallich, a leading Welsh charity working with people experiencing homelessness. The charity has also trained Omar to support people still on the streets and he volunteers several times a week at one of their centres.

More than a label

And it’s his work with National Lottery funded Theatre Versus Oppression project Behind the label that has really given Omar a new sense of belonging, friendship and identity.

The project runs in partnership with the Wales Millennium Centre, where the public performances are held, and is supported by The Wallich.

Participants work with other people who have all experienced some form of homelessness, have had severe self-esteem issues and have experienced other challenges, such as addiction and mental health issues, in their life. All have also been labelled by society in some form or another.

Behind the Label’s goal is to empower these people to tell their stories and show that they are far more than their labels imply. The project also offers the opportunity to learn front of house, on stage and back stage skills. All pathways lead to a theatre production where participants explore their own stories.

Omar says: “The project helped me trust people again. I used to be too afraid to go into a shop and I would panic if someone stood behind me. Now, I’ve found my voice and, in the performance, I found myself.”

He adds: “The people at the project, they’re my brothers and sisters now. We have a WhatsApp group where we support each other all the time, every day. We have woken up and I want to give back to others.”

With his sights set on doing just that, Omar hopes to get a job as a peer mentor with The Wallich.

“It’s not too late to start again,” he says.

The scheme encourages charities and agencies to work with local authorities and with people experiencing homelessness, to address the causes of homelessness.

Watch Omar and his Behind the Label family in action at www.wearetvo.com/projects/behind-the-label

All the funding decisions we make for the next six months will prioritise addressing the current crisis.

We will prioritise applications that are COVID-19 related.

This means we will prioritise applications from:

Over the next six months we will support organisations who fit these priorities with funding for activities specifically geared to supporting communities through this crisis. We will also consider how we can support such organisations to respond to any acute financial difficulties they might face as a result of the crisis.

We will get in touch with you to discuss the implications of any applications you have already submitted to us. If you want to put in an application that is not related to COVID-19, you can. However, we ask you to bear with us it may take us longer to get back to you than usual.

National Lottery Awards for All Wales

We will be prioritising applications that are COVID-19 related over the next six months.

This means we will prioritise applications from:

If you would like to put in an application that is not related to COVID-19, you are still welcome to do so. However, please be aware that there is likely to be greater competition for our funding, and subject to the volumes of applications we receive, there may be a delay in our ability to respond within our usual 12 weeks turnaround.

If you have already submitted an application and are awaiting a decision from us, but you know that your highlighted activities will be impacted by COVID-19 please contact us