“My wedding reception on 19 November 1994 was quite strange,” says Tracy Lowe, co-founder of National Lottery-funded Wallace Youth Project in Oldbury.

“You don’t expect everyone to disappear at your wedding reception, but that night they did!

“We were all in the disco room when suddenly, the room kind of emptied. All my wedding guests had gone into the bar to see the first-ever National Lottery draw - it was a big thing.”

And it’s still a big thing, as 2019 was a landmark year for The National Lottery, the Wallace Youth Project and Tracy who is also involved in the Grace Mary to Lion Farm Big Local, an exciting opportunity for Sandwell residents to use £1 million (which includes National Lottery Funding) over 10 years to make a difference to their communities.

Back in early 1994, Tracy was excitedly planning her wedding, but she was worried how moving out of home would affect her mother and three younger siblings.

“They were quite challenging. I was due to get married in the November, so my concern was ‘how’s mum going to cope when I’ve left home?’”

Back then, Tracy lived on the Wallace Estate in Oldbury, “There was nothing there for me growing up. It was a small neighbourhood estate in a quite challenging area.”

Her concerns came to a head when a group of parents, including Tracy’s mum, were called into the Local Neighbourhood Office to talk about the behaviour of children on the estate.

Tracy went along for support and spoke to the Neighbourhood Officer, who put her in touch with the local Council and their youth team.

“After speaking to them, I thought ‘well, why can’t we do something? Why can’t some parents do something?’ and started thinking about setting up a youth club.”

Before she knew it, Tracy was working with the Council and enrolling in a youth and community training course to help her provide a space for the young people in the area to meet.

“There was a couple of other parents and the three of us started it all up. When other parents found out what we were doing, they wanted their children to have somewhere to get away from problems, so more parents came along and we built the community together.”

They opened a community room in the basement of a tower block right in the heart of the estate in August 1994.

Now, the Youth Club is open every Tuesday night and on Saturdays for young people aged 8-16. Over the years, they’ve used National Lottery funding for various projects, including building and decorating new wooden goal posts for the local park.

In summer 2019, Wallace Youth Project celebrated their 25th anniversary with the Feel the Freedom project, funded by The National Lottery Community Fund.

“We took two narrowboats out on the Black Country canals with a group of young people. We also held a big community celebration and some of the older generation of young people who used to attend the club as teenagers came back.

“It just seems like The National Lottery has followed me. It was the first National Lottery draw on my wedding day 25 years ago and I’ve had funding 25 years on to celebrate 25 years of Wallace Youth Project… for some reason, it was just meant to be.” 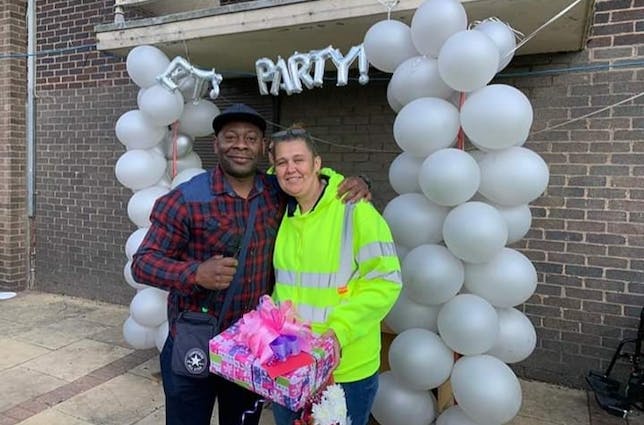 National Lottery Awards for All England