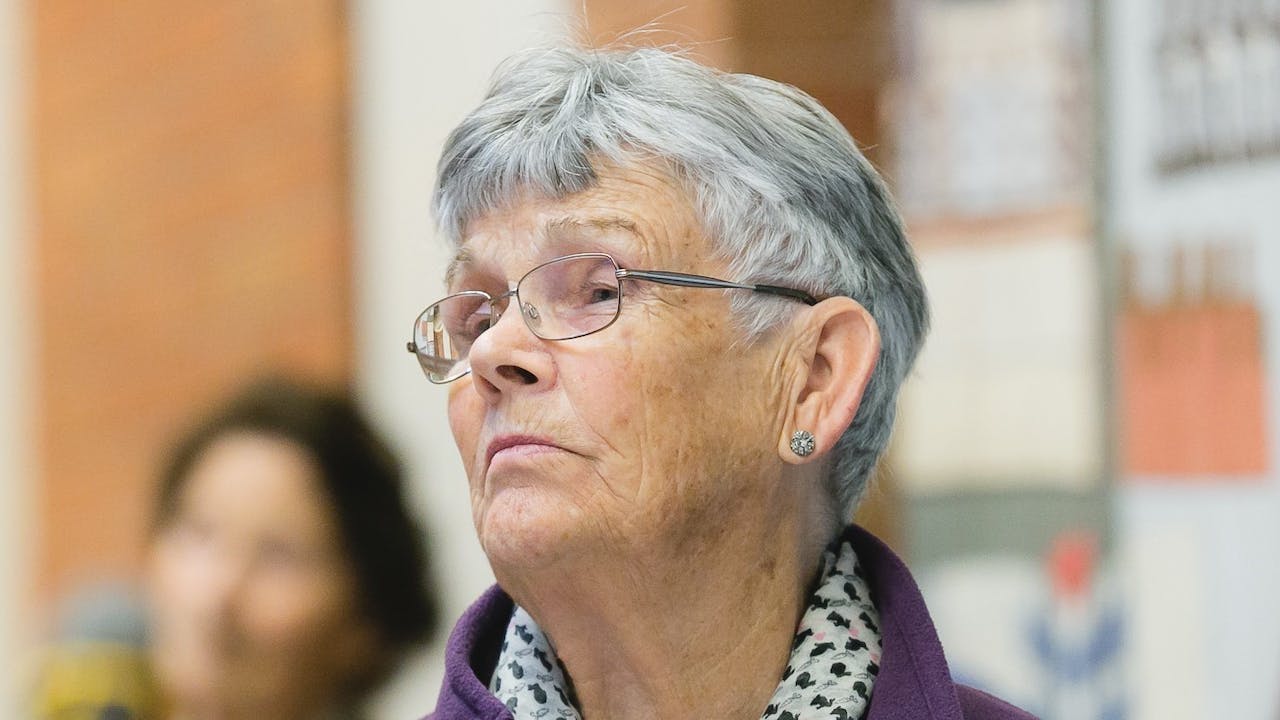 "My husband was in a wheelchair shouting at me, ‘Look in your bag, it must be in your bag!’ But every time I looked, I could just see a black hole.”

Peggy Smythe, 80, says this is her recollection, in 2012, that something was wrong.

Returning home with her husband after a holiday in Portugal, she couldn’t see their passports in her bag. A week later, an eye clinic examination revealed Peggy had macular disease.

Macular disease is the biggest cause of sight loss in the UK, affecting 1.5 million people with around 300 more diagnosed every day. It affects people of all ages — even children — and is more common than dementia.

Learning to live without a car was particularly hard on Peggy as she lives in the country.

“I didn’t want to give up my driver’s licence; I felt I was giving up my independence. I used to love driving all over Ireland, but I couldn’t live with myself if I had an accident,” says Peggy.

“I’m fortunate that I can afford to get a taxi,” she says. “And my children drive me places too, I’m very lucky really.”

Driving becomes too dangerous for people with macular disease, but without a car some sufferers lose the confidence to venture beyond their home. They’re often reluctant to burden others to drive them places and this can lead to loneliness, social isolation, accidents and falls.

Peggy quickly discovered there were a lot of things she was no longer able to do that most of us take for granted, such as checking that cashiers have given her back the correct change.

Macular Society in the UK

After being diagnosed with macular disease, Peggy was struggling to accept her deteriorating eyesight until she noticed a poster for Bangor Macular Group. However, after speaking with Volunteer Group Leader, Elaine, who convinced her to attend, Peggy was soon enjoying tea and cake, and making new friends with people who were facing the same challenges.

Peggy now regularly attends the support group in Bangor, one of the Macular Society’s 400 support groups across the UK. The Society has been awarded over £1 million in National Lottery funding since 2008, to help support over 2,700 people across the UK living with the disease.

“Without the group I would’ve been very lost, I don’t think I would be in the place I am now. It’s changed my life.”

Looking to the future

Although Peggy’s condition has forced her to give up her love of sewing, she now enjoys going on long walks and pottering around in her garden. She feels positive about the future thanks to the support of her group. The group discuss ways of coping and share practical tips on how to adjust to life with macular disease.

Peggy’s positive outlook is a testament to the power of the group.

“I feel alright about the future now,” she says. “It’s very helpful to speak to other people. We have outings during the day, we go for coffee and have Christmas dinner together - I’ve made such lovely friends.”

Our paper Bringing people together: how community action can tackle loneliness and social isolation reveals that building a sense of belonging, forging positive connections and networks, through groups like Macular Society, can tackle social isolation in our communities.

Thanks to National Lottery players, support groups like Peggy’s across the UK can apply for funding from The National Lottery Community Fund to run community projects that bring people together and improve lives.

National Lottery Awards for All Wales