For the past year, community organisations have kept the national body and soul together. They have experienced up close the trauma to those worst hit by the virus and its social and economic consequences. They have witnessed the transformation that occurs when people come together to help one another. Having seen us through the worst of times, their wisdom must be central to shaping the times to come.

The Emerging Futures Fund from the National Lottery Community Fund gives 52 organisations and communities the time and space to imagine a future beyond this crisis – to listen to different groups, digest the impacts of the past year and articulate their hopes for the time beyond.

The projects are striking for their diversity. They include tiny neighbourhood groups and major national institutions. They cover every corner of the UK. They work on issues from racism to land use, from the future of work to the needs of children, from disability rights to climate change. Although each individual inquiry will shape the future of a community, together they tell a powerful story about what people across the country want their society to look like. Themes are already emerging.

Setting out their plans for the Emerging Futures Fund, many organisations see a chance to fundamentally reimagine the world anew. The pandemic has both laid bare and exacerbated the social, economic, environmental and racial injustices that many groups have been grappling with for years. Covid creates a caesura, a possibility to break with habitual worldviews and a catalyst to build a new paradigm of power, harnessing the community energy that the pandemic response unleashed and using it to drive long term change.

Running through the projects is a yearning for communities to digest the events of the past year and come to terms with them. With that comes a desire to tell their own story, find their own voice and create their own narrative to shape the outcomes of the crisis.

There’s a deep seated frustration that emerges from the different groups that they feel invisible. Communities want not just to tell their story but to be heard. They want their stories to connect with other stories. Their most common ask is to collaborate with others. And they want their voices to carry and drive systemic change. They want their lived experiences to be valued and their communities to be amplified.

By finding the connections between different organisations and communities, the Emerging Futures Fund can build civil society’s capacity to tell their stories and articulate their visions for the future. Collectively they can have a bigger voice and greater impact.

At the same time, decision makers also need to build their capacity to listen. There’s an overwhelming sense among the cohort of organisations and communities that we’re supporting, that policymaking operates in a separate universe, that it’s a conversation that is closed to them. Communities cannot be feted when they fix problems and yet ignored when they point out what’s needed to stop the problems in the first place. If ambitions to level up or build back better are to be more than empty slogans, it’s vital to bake the insight of people working on the ground into the policymaking process on a continual basis.

Opportunities for this to happen are emerging in places. Reflecting Danny Kruger’s report on sustaining civil society post-Covid, the Levelling Up Fund announced in the Spending Review promises to fund projects that are ‘genuine local priorities’ backed by community stakeholders. To meet this ambition, policymakers will need to listen to communities with open minds. They will need to set aside their preconceptions of who stakeholders are and what solutions look like. And they must avoid setting one local area in competition against another and remain committed to real local needs even as other political priorities arise. We hope the outcomes of the Emerging Futures Fund can play a role in strengthening communities to help direct how Levelling Up and New Towns funds are disbursed, as the EFF funded New Constellation programme is already doing in Barrow.

Encouragingly, there’s a wider willingness to rethink the future. In the House of Lords, the Covid-19 Committee has asked people to share their wishes for a post-pandemic society while the All Party Parliamentary Group on the Green New Deal has been listening to civil society and the public about their visions for the future. The Young Foundation has captured the impact of Covid on people and communities while Demos has launched its People’s Commission on life after the pandemic and the Future Generations Commissioner for Wales has launched a manifesto for the future. The Law Family Commission led by Gus O’Donnell has begun its two year programme of work to consider how to “unleash the power” of Civil Society.

No one is better able to imagine a future than those who’ve spent the last year picking up the pieces. In the coming months as we gather evidence from the cohort of Emerging Futures Funds grantees, we will continue to join the dots between the experiences of different communities and the worlds they wish to inhabit. Together the collective power of their voices will have a lasting impact on the future.

You can read more about all the Emerging Futures Fund grantees here.

Catherine Miller is working with the Emerging Futures Fund team, specifically looking across the 52 grants and connecting what’s emerging from them into the wider context. Catherine was previously CEO of Doteveryone, established the Mile End Institute and worked as a BBC journalist and producer. 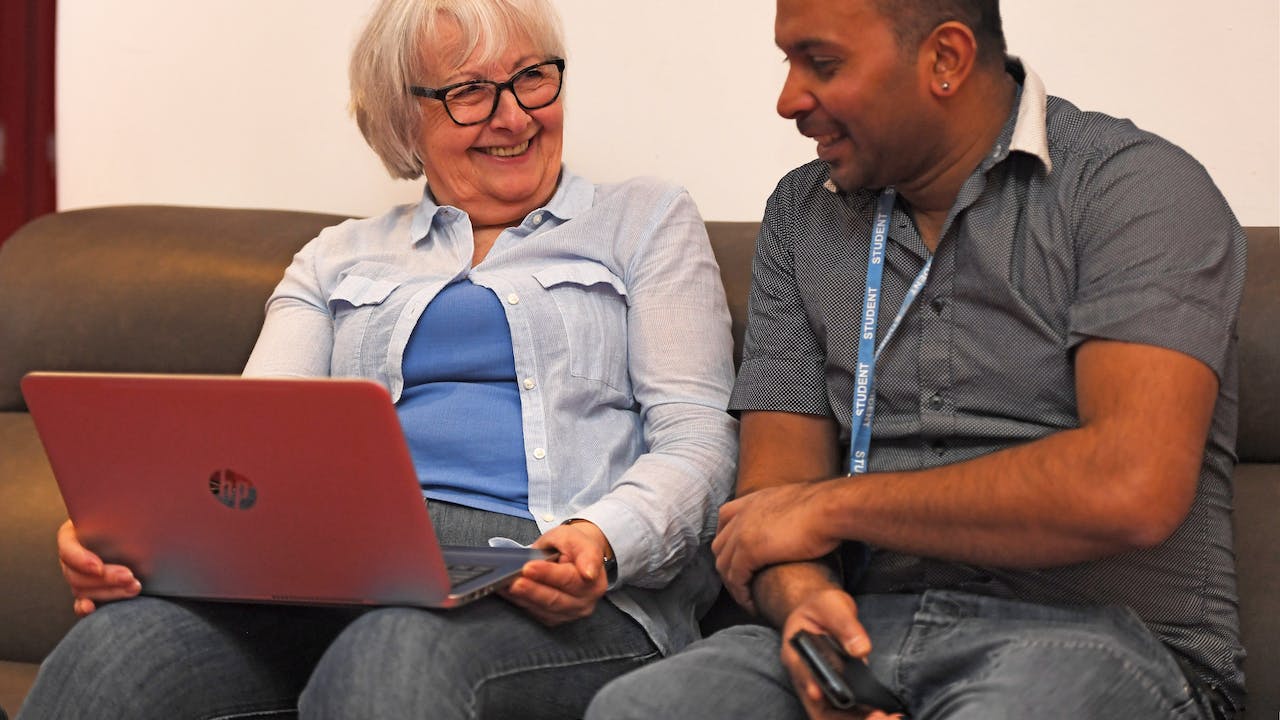